From comics, a superhero is the one who annihilates villains. That is why they’re called, superheroes. And for that, they deserve a movie, right? But what if they don’t?

We are living in the Age of the Superhero. All this time, we thought a hero could only handle a movie if he was wearing black rubber and hanging out in the shadows.

But you ain’t seen nothing yet. The Marvel Cinematic Universe has pretty much been cornering the market on the superhero movie with no signs of stopping. They’re about to have some competition. Capes and tights on the silver screen aren’t going away anytime soon.

Here are the 9  superheroes that didn’t get their own movie:

Yep, Aquaman had a sidekick. Aquaman is the comic book hero everyone’s always clowning on for having lame powers and having to get wet every hour or die. They gave THAT guy a sidekick. Granted, they’ve updated Aquaman since and made him a bad-ass with a trident who spent an entire season of ENTOURAGED being name-dropped. But still, imagine your Aquaman’s lil’ buddy and you’re called Aqualad. He didn’t even make it to “Aquaboy.” He got stuck with being a lad. A couple of years back they upgraded his powers and gave him the code name of “Tempest,” but really – the damage was already done. I would stake my life, nay, my CHILDREN’S LIVES on there never being an Aqualad flick.

Maggott won’t be atop a marquee anytime soon. The big blue guy was a member of Marvel’s very popular team of mutants – The X-Men. And for every extremely popular mutant (Wolverine), there’s at least five that make you wonder if the Sentinels have the right idea. Maggott traveled around with two slug-looking creatures (affectionately named Eany and Meany) who were actually his digestive system. Yuck. So basically, his eatin’ organs would leave the body, go eat, and then return to Maggott to make him big and strong. Or something. That is one wacky power that does not need to be on film. If he pops up in the upcoming X-Men: Apocalypse, I’m leaving the theater.

It’s true that Doorman was created for a Marvel satire on their superhero teams called The Great Lakes Avengers. He was always meant to be lame. His power is to stand in front of walls and become a door that his teammates can go through. Yep, that’s it. Pretty handy if you’ve locked yourself out of your hotel room or your car.

Just look at the pic. This is an actual thing.

Razorback was a hero created during a brief period of time in the 70s when all of a sudden everyone was obsessed with truckers. He was a mutant with the power to (I kid you not) drive any vehicle, he dressed like a breed of hog, and fought crime out of his 18-wheeler. I don’t have to type anything else, right?

DC has this one title called Legion of Super-Heroes which takes place in the 30th Century and stars scads of heroes. There’s so many members (note “Legion” in the title) that the powers on some of them start to become a little corny. Bouncing Boy is a fat guy who becomes even fatter and bounces around. A hypothetical film starring Bouncing Boy would probably have some really interesting CGI but no.

Don’t think the ladies don’t have a dog in this race. Squirrel Girl is a heroine with the power of a squirrel. She’s kind of a practical joke on the comic book fandom. So much so that they now have her pop up once in awhile defeating the most fearsome villains and showing up the other heroes for laughs. Hey, she’s not talentless. She can run up trees and hoard nuts.

Remember the Legion of Super-Heroes that I mentioned before? Matter-Eater Lad is a teammate of Bouncing Boy. He can eat anything. ANYTHING. Dude DESERVES his own movie. Imagine you can eat any kind of fast food as much as you want without dying or getting as fat as Bouncing Boy? That’s a pretty good power. Can’t say the same for that code name. 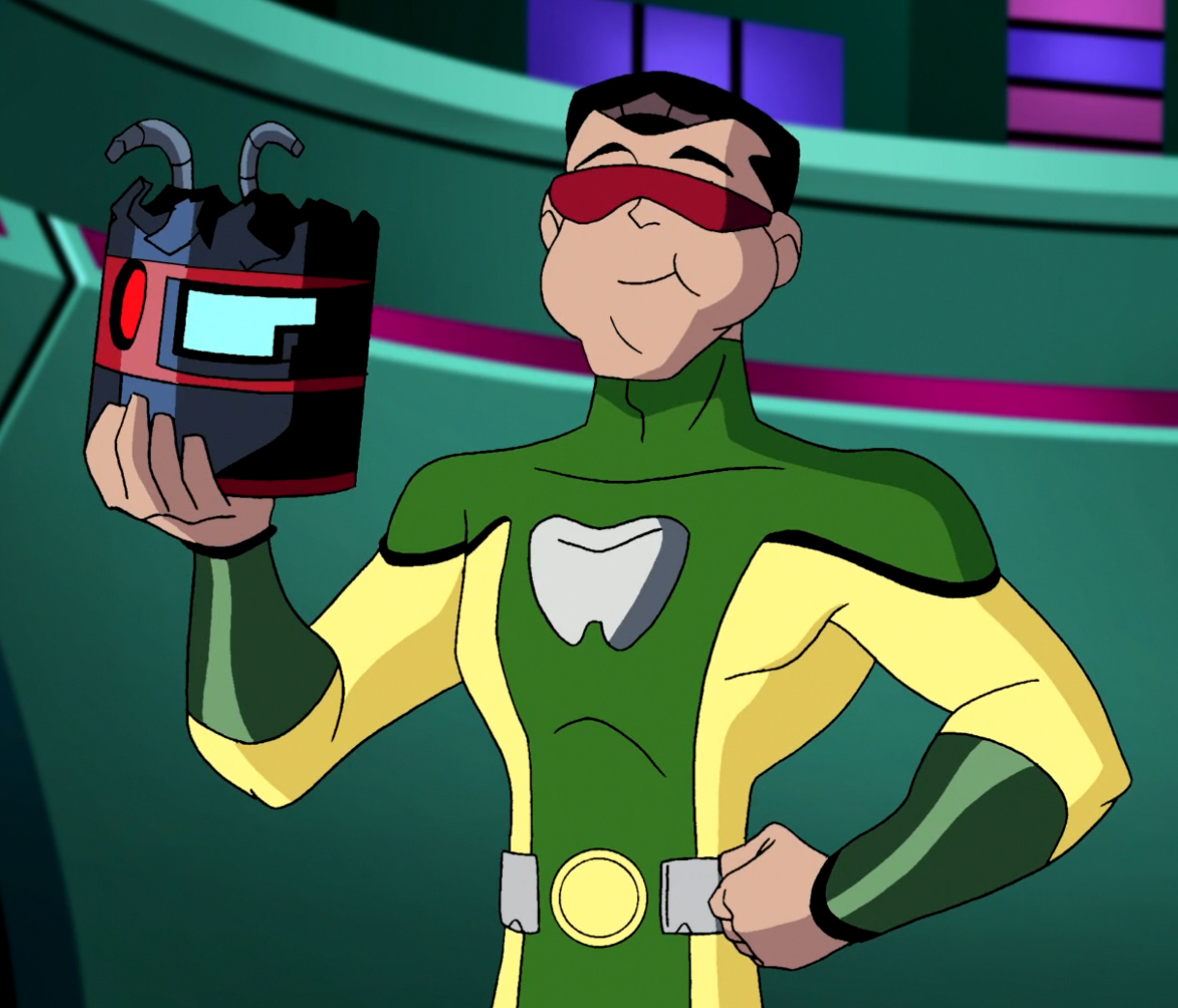 HE WELDS DOG CORPSES TO BAD GUYS’ FACES. Like, seriously.